We are very excited in 2023 to premiere the Playsmelter Sessions in partnership with Sudbury Theatre Centre. Join us as we celebrate new works of theatre created by talented Northern Ontarian playwrights. As always with any Playsmelter gathering, good food, drink and conversation accompany these inventive and always entertaining local stories in First Look development form.

Over the course of the winter we will be bringing Sudbury audiences First Look presentations of new plays by playwrights Andrew Paulson (Thunder Bay), Garrett M. Ryan (North Bay) and Karen Thistle (Sudbury).

An original, new play about the men who migrated from Newfoundland to mine and make Northern ON their home. The year is 1968 and these men must decide if they can make this dangerous work and these barren rock home. 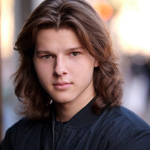 Colton Gobbo (Buddy): Born and raised in Sudbury, Ontario, Colton is now a Toronto-based actor, writer, director, and stunt performer/choreographer working in film, television, and theatre.  His first production was at the age of 9, performing in YES Theatre’s HAIR.  Colton is a recent graduate of the George Brown Theatre School, and can currently be seen at 8:30pm every Tuesday on CBC and CBC Gem as Mike Critch Jr. in Son of a Critch, as well as in the second season of Netflix’s Ginny & Georgia. @coltosaur on all social media. Recent theatre credits include: Pedrolino (The Corsican Complaint, GBTS), Solyony (Three Sisters & Co., GBTS), John (A Brave New World [Workshop], Tarragon Theatre), Himself (Wonderfully Fantastic… [Wonderfully Fantastic and Compelling Stories Created, Directed, Performed, and Written (but not produced) by Three Gentlemen Who Live Together, Presented in a Well-Mannered Compilation / Bit Format, Including: The Ballad of the Three Salesmen, a Live Feline, and Other Miscellaneous Stories Based on Real Events, ON ICE], YES Theatre). 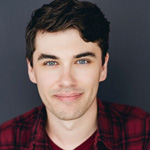 Jöel Giroux (Joe): Based in Northern Ontario, Joël is a graduate of the now-defunct French Theatre program at Laurentian University. He’s thankful to have trained there in theatre performance with Miriam Cusson and Alain Doom, as well as the craft of Clown with John Turner. Recent stage credits include Little Skidoo (CKLU Productions, 2022) and A Christmas Carol (STC, 2021). 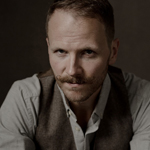 Matthew Heiti (Patrick): Born in a meteor crater, Matthew Heiti is a writer, actor, director and teacher working in North Ontario. He holds a BFA in Acting from Ryerson University and an MA in Creative Writing from the University of New Brunswick. He has published a novel, The City Still Breathing (Coach House Books) and a play, Black Dog: 4 vs the wrld (Playwrights’ Canada Press). He has served as Playwright-in-residence with the Sudbury Theatre Centre and Pat the Dog Theatre Creation, working with emerging writers in Northern Ontario. In his spare time, he is usually working. 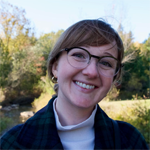 Caitie Graham (Dramaturg): Caitie is a dramaturg, playwright, and emerging screenwriter who is as excited about telling stories as she is about empowering others to do the same. Over her career as a dramaturg, Caitie has designed and facilitated several playwriting units for emerging artists, most notably at Tarragon Theatre (Young Playwrights Unit 2017-2020), and Driftwood Theatre Group, where she began as Company Dramaturg in 2020. Most recently, Caitie was the Assistant Dramaturg on Queen Goneril by Erin Shields at Soulpepper Theatre. Caitie has been compiling Pat the Dog’s monthly e-bulletin of resources for playwrights since 2017, and offering dramaturgical support to playwrights through the organization since 2022. 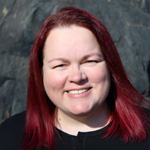 Karen Thistle (Playwright): Raised in Copper Cliff, playwright Karen Thistle’s work has appeared at Sudbury Theatre Centre Playwrights Junction and Northern Ontario’s PlaySmelter Festival. She is a founding member of Inklings (Playwrights and Screenwriters), Sudbury Writers Guild. In her time away from writing, Karen is a Producer with Pat the Dog Theatre Creation, and has enjoyed working with public libraries, hat making, rug hooking and more. She lives in Sudbury with her partner Peter, and pirate fish Eli.