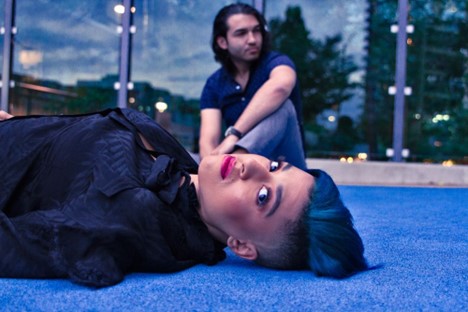 Each night of PlaySmelter 2022 we end our day with a Roof-Top Concert accompanied by The COVERT Collective’s incredible Projections.

Tessa Balaz is multi-disciplinary artist from Sudbury, ON. She has now spent almost a decade writing and producing original music for herself and on production teams for major artists including Daniel Caesar, Drake, the Weeknd, Migos, Mariah Carey and more. She has been nominated for 3 Northern Ontario Music and Film Awards and the Sudbury Mayor’s Award for Excellence in the Arts. She has had her original music licensed to film and television, most recently to “Kim’s Convenience” season 4. She is currently trying to close the gap and raise the percentage of female identifying producers on the billboard charts.

Producer Pete (Petr Balaz) is a Canadian Producer and Songwriter with over a decade under his belt of writing and performing with Toronto Rock group “Running Violet” as well as co-creating Tessa’s NOMFA Nominated album “Fool Love”. The title track of Fool Love was featured in Season 4 of CBC’s ‘Kim’s Convenience. “It’s not your resources, it’s how resourceful you are” is a motto he lives by and has put him the production room with the likes of: Adrian X (Drake), Jordan Manswell (Daniel Ceaser, Mariah Carey), Jon Drew (Arkells, July Talk) and many more.His creative passion comes through collaboration and getting to present and represent diverse voice. His debut solo single ‘Fingerprints‘ features Wynne Badoe. The two met during Music Ontario’s HipHop Canadian Songwriters Challenge in 2019. He hopes to continue to build on his skills and resources to continue to grow as an artist and entrepreneur. 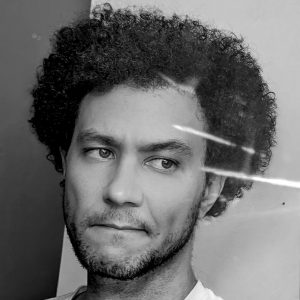 Jude A. is a Sudbury-based musician who was born on Europa in the distant future and traveled back to the past with a dire warning of things to come. This unfortunately does not generate revenue, and so, music.

This is a free outdoor event. Subject to weather.